The best Michael Kors smartwatches you can buy: Bradshaw 2, and more

by haseeb12
in GADGETS, Uncategorized
0

Michael Kors is a well-known and established luxury brand in the fashion industry. It entered the smartwatch race in 2016 under the auspices of the Fossil Group. Michael Kors smartwatches are now a popular choice for people who place a premium on the aesthetics of their wearables.

The brand’s wearables, which run Wear OS and are built on Fossil’s smartwatch platforms, continue to gain traction with our readers. We take a look at the top Michael Kors smartwatches available in this post.

Why buy a Michael Kors smartwatch?

While technology is critical for the majority of Wear OS smartwatch users, design cannot be overlooked. Michael Kors smartwatches, as a fashion brand, are centered on the latter. Its wearables come in a variety of metal finishes, are adorned with stones, or come in vibrant statement hues.

In terms of technology, the wearables are based on Fossil’s, with newer watches operating on Gen 5 and Gen 5E hardware. As a result, they are more flamboyant alternatives to the watchmaker’s more sober goods. If the Skagen or Fossil smartwatches are too plain for you, you’re certain to find something in the Michael Kors collection.

In 2019, the Lexington 2 made its debut. Despite its age, it remains one of the brand’s most popular smartwatches. As a nod to the non-smart Lexington, the Lexington 2’s face is surrounded by a textured bezel with three buttons on the right-hand side. It’s also a tad stocky, with a 44mm face and a 12mm body thickness. 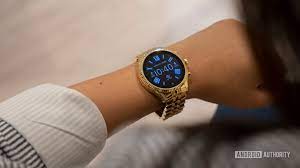 It is built on Fossil’s Gen 5 platform. This means it includes an integrated speaker and microphone for communicating with callers and intelligent assistants, as well as heart rate monitoring and NFC for mobile payments. Additionally, the Lexington 2 features a 5ATM water resistance rating and customizable battery modes for those on the go. It’s the ideal smartwatch for people looking for a timepiece-inspired smartwatch. Precisely it is one of the best among Michael Kors smartwatches.

The Michael Kors Bradshaw 2 contains many of the same specifications and features as the Lexington 2, which means it is likewise built on Fossil’s dependable Gen 5 platform. However, in terms of looks, the Bradshaw 2 is significantly more flashy than the other watch. 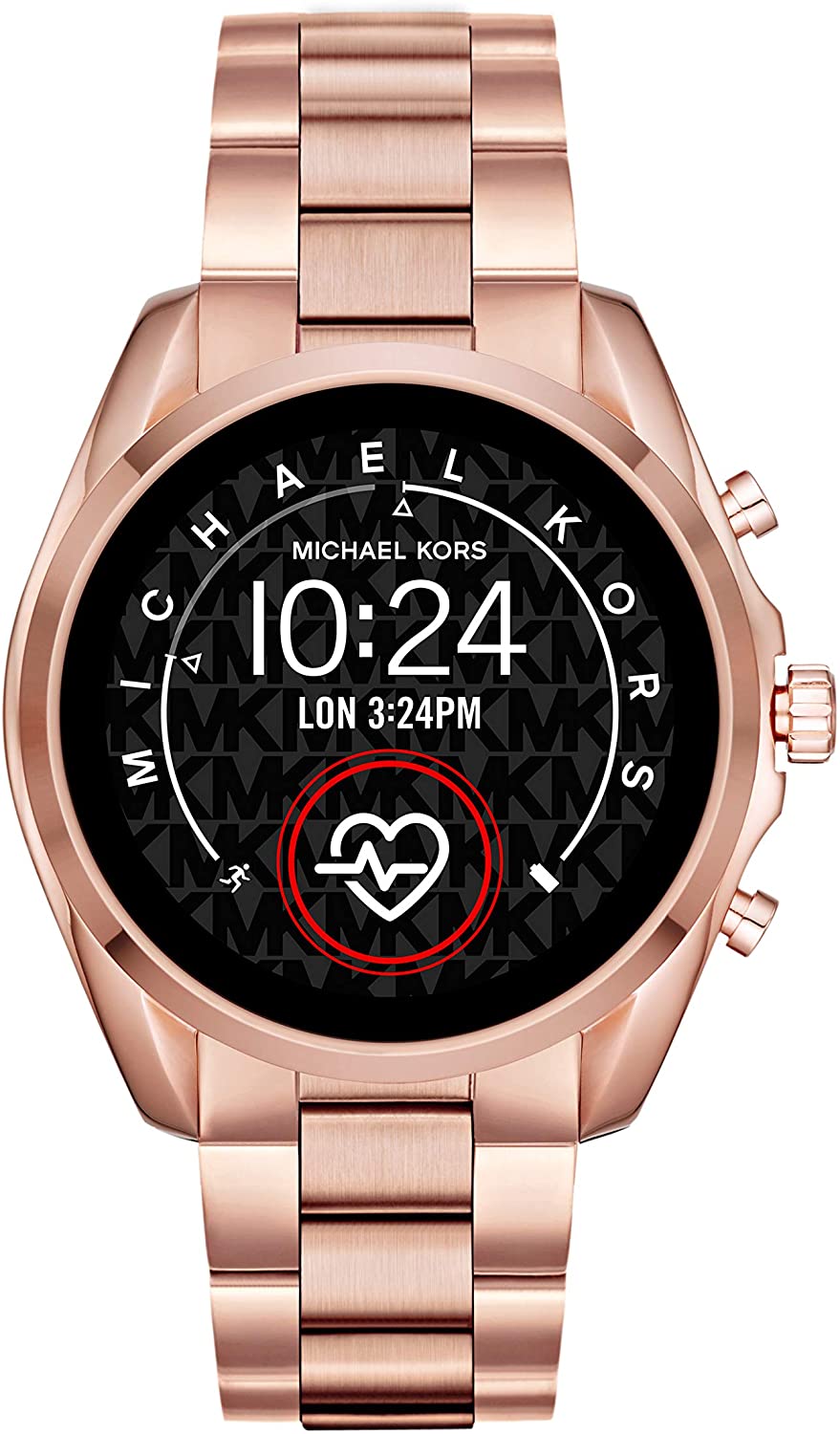 It does away with the textured bezel of the Lexington 2 in favor of a fully smooth 44mm face or one framed by stones. At 12mm thick, it’s a substantial statement wristwatch that also includes an integrated speaker, heart-rate tracking, customizable battery modes, and NFC connectivity for Google Pay. It is, without a doubt, a statement smartwatch. Also : What is the Red Dot on Apple Watch and How to Remove It

If the Bradshaw 2 or Lexington 2 are too large for you, there is a smaller version available. The updated Michael Kors Darci smartwatch is one of Michael Kors’s more recent offerings. It is built on Fossil’s Gen 5E platform and features a seven-link bracelet and a stainless steel case encrusted with jewels. It’s slightly smaller than its siblings, making it a better smartwatch for those with smaller wrists. 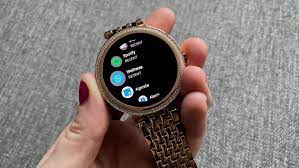 Additionally, users receive a longer battery life and a gem-encrusted bezel with MK accents for their money. Buyers will have to make do with a 4GB reduction in internal storage. While it is a more compact option, that does not mean it is unattractive.

The Michael Kors MKGO Gen 5E and the Darci share a platform. While the two watches appear to be comparable on paper, they differ significantly in terms of aesthetics and design. 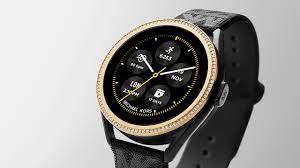 To begin, the MKGO is available in a variety of band configurations. Additionally, it features an aluminum case, which reduces its weight and costs significantly when compared to its siblings. The right-hand side button is also tighter than the Darci, and the display is framed by a single row of gems. It is, arguably, the more practical of the new Michael Kors smartwatches.

The Michael Kors MKGO smartwatch is unlike any other in the brand’s collection. It was introduced in 2019 and is powered by Fossil’s slightly older Gen 4 technology. Regardless, we’ve included it on this list because of its distinctive design. 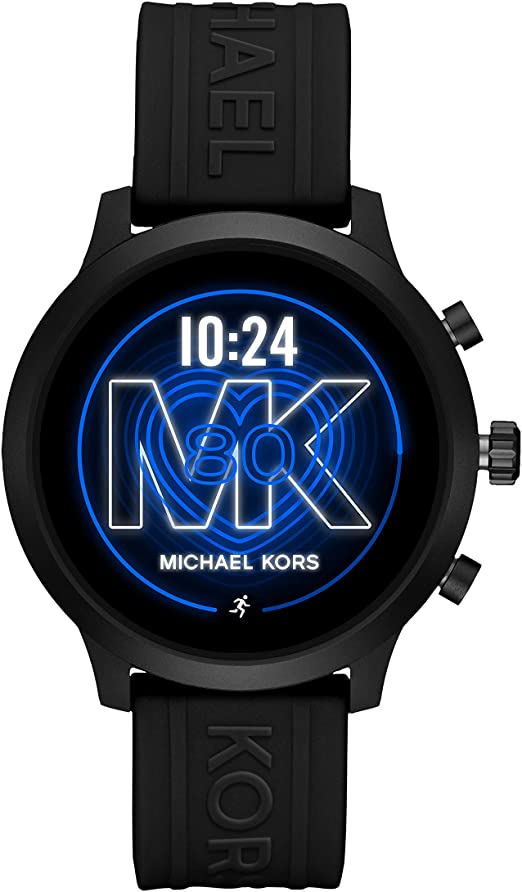 It ditches the Bradshaw 2, Darci, and MKGO Gen 5E’s flash metal exterior in favor of silicone straps and a candy-colored case. As a result, it is ideal for people that live an active lifestyle. Additionally, it is the least expensive Michael Kors smartwatch featured here. While the expense is primarily due to the device’s outdated technology platform, it does have heart rate monitoring and NFC capabilities for Google Pay.