Dear iPhone users: Please don’t forget that a green bubble is a person.

Although iOS and Android devices are becoming more comparable, there are a few things that iPhone owners enjoy that Android users do not (or vice versa). The most common of these features is iMessage, Apple’s exclusive messaging software that uses a green bubble to indicate Android users.

You’re referring to a green bubble, aren’t you? If you’re unfamiliar with what I’m referring to, it’s as follows: when iPhone owners communicate with other iPhone owners via iMessage, their message bubbles are blue. Android users’ message boxes turn green when they join the chat. It’s a straightforward way for iPhone users to communicate with someone who is using an Android device that some iMessage capabilities will not work with them.
At first glance, this attitude may appear juvenile and lighthearted, yet it is a real problem with significant implications. Young Android users, in particular, are feeling increasingly isolated from their iPhone-using friends as a result of this green bubble phenomenon. 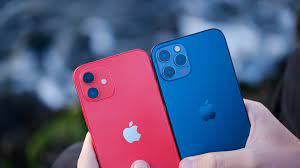 While this appears to be a relatively harmless and even useful function, the “green bubble” has taken on a life of its own – and not in a good way. Certain iPhone users worldwide — but primarily in the United States – criticize the green bubbles that appear in their iMessage feed, even coining colloquialisms such as “green texts do not receive texts back.”

If you are not an iPhone user, this may be your first exposure to this. If you’re an iPhone user who lives outside the United States, you may have never heard of this, as platform-agnostic messaging apps are far more popular elsewhere (WhatsApp, Facebook Messenger, WeChat, etc.).

Allow me to assure you that certain iPhone owners categorically reject the sight of a green bubble.

Consider this recent Cosmopolitan article with the heading “Bad news: Mike Johnson of Bachelor Nation is an Android man.” The author discusses how Johnson appears to be the ideal man, but now that it has been revealed that he uses an Android phone, he may no longer be worth gushing over.
You may be thinking, “Who cares?” This is a snarky, half-joking Cosmopolitan story, after all. Samsung, on the other hand, appears to be concerned. The world’s most popular smartphone manufacturer has even produced a page of animated GIFs that Android users may send to iPhone owners who take issue with their green bubble messages.

The Verge went so far as to claim that when green bubble debates arise, “the only answer, ultimately, is to acquire an iPhone” in a post detailing (and harshly condemning) Samsung’s GIFs.

Why is this even happening?

I’m willing to admit that iMessage users require some way to indicate when someone in their discussion does not have an iPhone. While the green bubble function is not the most aesthetically beautiful, it is straightforward and useful. Without it, iPhone users may become frustrated when attempting to utilize an iMessage function frequently and discovering that it does not operate properly.

Some believe Apple purposefully made the green bubble color as unpleasant as possible as a subliminal dig at Android, and that technique may be pushing iPhone owners to literally avoid Android users.

That theory is advanced in this piece from The New York Post by a professor named Grayson Earle. The story itself is about several individuals who refuse to message with “green bubbles,” including a woman named Katie McDonough, who will not date a man who owns an Android phone.

“Unless it’s a blue message, I’m not flirting with you any further,” she told The Post. “I’m just like, ‘How come you don’t own an iPhone?'”

For some, the concept of not possessing an iPhone is equivalent to the concept of not owning a bar of deodorant.
McDonough even acknowledged that the moment her ex-boyfriend moved from an iPhone to an Android mobile, she thought their relationship “began to deteriorate.”

McDonough explains her utter lack of compromise by stating that she relies on iMessage features. For instance, she is told when the person she is texting reads her message. Additionally, when the individual is in the midst of producing an answer, she is notified. However, because these two functionalities are not available to Android users, she would be unaware of whether her message was read or whether the sender was drafting a fresh text.

Along with these read/write notifications, users of iMessage can respond to texts using Emojis. Android users do not see these Emojis and are unable to add their own. Rather than that, they receive a text message that reads “[Username] enjoyed this message,” which is neither as entertaining nor as effective.

This is a feature that young people adore, particularly in large group discussions. Due to the fact that Android users are unable to participate in the fun, they instantly feel excluded from those group conversations.

Some friend groups will even create a second group chat for iPhone users only, in order to preserve all iMessage functionality while excluding Android users.

Let’s be honest: It’s about income and status

The child indicated above, who moved from a Pixel 2 to an iPhone in order to join in with his peers, appears to be a modern manifestation of a common adolescent issue: the desire to avoid being an outcast and instead be a popular member of the in-crowd.

If we choose to view it that way — and only that way — it may be tempting to dismiss it as an age-old problem presenting itself in a novel, technical fashion.

This trivializes the situation. Consider the issue from a more traditional perspective and assume that instead of an iPhone, these groups are discussing something else — say, a pair of attractive shoes.
These shoes are everywhere: celebrities are seen wearing them, and consumers are queuing around the block to get their hands on a pair. However, because they are so fashionable and popular, they are also quite costly.

For youngsters born into financially secure homes, obtaining a pair of these shoes is relatively simple. They simply ask their parents for them repeatedly, and ultimately they will receive them. It may take till their next birthday or Christmas to receive those shoes, but they will arrive.

However, for children born into financially unstable families, those shoes are unlikely to ever materialize. With this in mind, going through the hallways of any given high school in the United States becomes extremely easy to discern the rich from the poor. Consider the footwear.

As much as we Android users despise admitting it, the iPhone is identical to these fictitious shoes. While there are numerous Android smartphones that cost as much (if not more) as a brand new iPhone, the perception in the United States is that Android phones are less expensive and “less than” the iPhone. Many young individuals will quickly conclude that another young person owning a smartphone that is not an iPhone is not cool and is probably impoverished.

Those who despise green bubbles in their iMessage discussions may argue that the only reason they despise them is that they muck up iMessage features, as Ms. McDonough told The New York Post. However, let’s face it: the iPhone is a status symbol and is only attainable to those in a specific economic bracket, which means that some iPhone users may see a green bubble and conclude, “this person is not part of the in-crowd and is most certainly not wealthy.”

In iMessage, a green bubble represents Android, but in the opinion of some iPhone users, a green bubble represents a poor person.
In some ways, The Verge is correct in stating that the best way to avoid this type of rejection is to simply get an iPhone. Purchase one used or go for a more affordable older model. Hell, if necessary, purchase an iPod Touch. However, this is not a remedy to the actual problem; rather, it is simply falling into peer pressure, which we are taught from an early age is universally terrible.

The best gaming PC desktops to get in 2021

Get Xiaomi Mimoji on Android 5.0+ Devices

How to Get Water Out Of Phone Charging Port