by haseeb12
in GADGETS, Games
0

In terms of gaming laptops, they’re all relatively comparable to others in their price range. There are, however, always individuals who stick out. That is not a simple task for the Dell G7 15. The laptop has excellent specifications and a design that I particularly like. However, at Rs. 2,07,990, this computer is not at a price level where sacrifices are acceptable. So, if you’re considering purchasing the new Dell G7 15 7500, keep reading.

As I previously stated, the G7’s specifications are impressive on paper. You get a high-end processor and RTX-enabled GPUs, although no 30-series yet. Plus, you get a lot of other cool stuff. Take a peek around.

When closed, the Dell G7 doesn’t appear to have any design features. Don’t get me wrong: it looks great in its all-black chassis, with a modest Dell logo on the top, a few airflow vents on the sides, and two on the back with a really nice design. However, as you can see in the image below, the chassis attracts fingerprints.
While I admire how covert this laptop appears, the true design is revealed only when you open it up. For starters, the hinge isn’t your typical type. When you open the lid of the laptop, the back of the hinge slightly opens out, creating an origami effect. This, according to Dell, improves stability as well as ventilation through the laptop’s body. 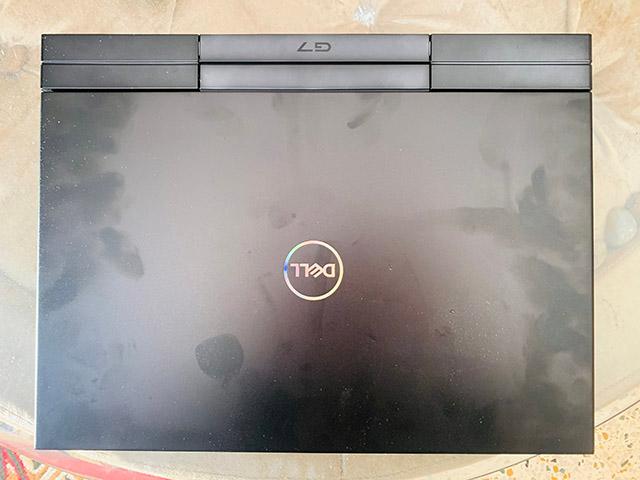 I’m not sure if it does that, but it certainly doesn’t hurt. Except for the chin, which is now quite normal on laptops, the screen is surrounded by tiny bezels on all sides.

A well-designed keyboard is also included. There’s no numeric keypad here, which I don’t mind, but other 15-inch laptops do, so it’s worth noting. The inverted-T configuration of the arrow keys, as opposed to the tiny sized arrow keys that I despise on my MacBook Pro, is something I particularly like about the design. 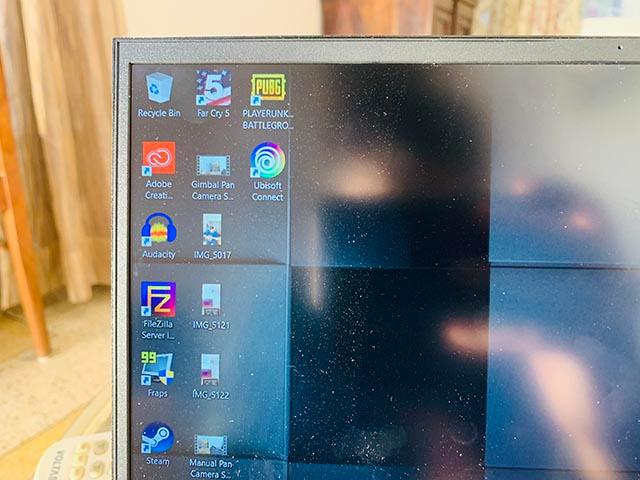 Dell has also included a fingerprint reader in the power button, allowing you to log in to your computer using the Windows Hello function in Windows 10. Face recognition isn’t possible because there isn’t an infrared scanner.

Another feature that I appreciate is the extremely large trackpad. This is one of the few Windows laptops I’ve used with a trackpad I don’t absolutely despise.

Apart from that, there’s the usual nonsense. There are a few ports on the edges of the laptop, as well as a couple of vents for airflow, and that’s pretty much all.

A 15.6-inch Full HD display is included with the Dell G7 7500. This laptop is a great option for anyone looking for a laptop with a Full HD screen. Because of the matte surface, you won’t have any glare difficulties when using it, and the panel looks great overall. It can be quite light when you want it to be, and quite dark when you need it to be, all without breaking a sweat. 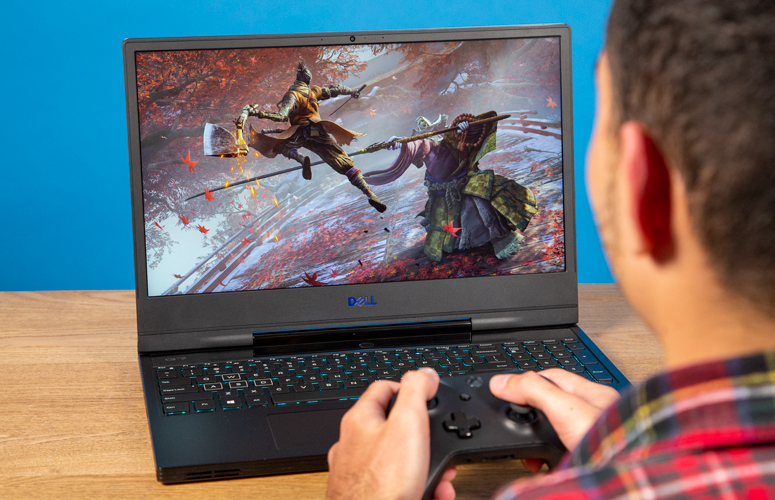 The G7’s screen also has good viewing angles, and everything appears smooth and fluid thanks to the 300Hz refresh rate. This is obviously true for games, but even Windows UI animations and transitions appear better on this screen than on most others. It also performs a great job of differentiating colour hues, which is something that not many displays can achieve.

The G7 has powerful hardware under the hood for your gaming demands. The processor is a 10th-generation Core i9-10885H. The RTX 2070 Max-Q graphics card is combined with 16GB DDR4 RAM, a 1TB PCIe M.2 SSD, and a 1TB PCIe M.2 SSD. On paper, this means that this laptop can handle everything you throw at it and do it well. 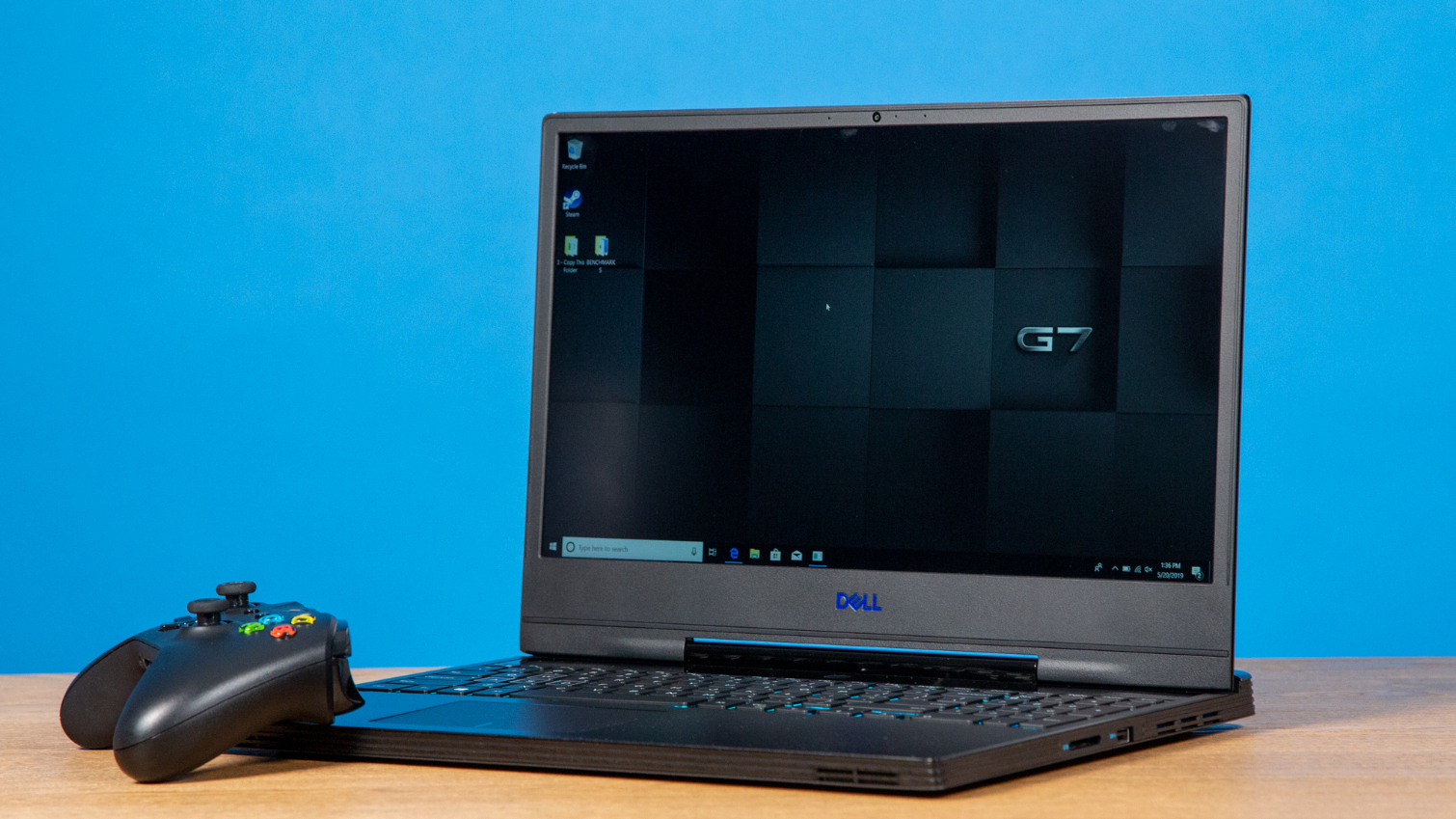 What’s even better is that the laptop never fails you. The G7 doesn’t appear to want to give up even after long periods of gaming. The laptop appears to retain great performance for hours on end, which I believe has something to do with thermals. On this laptop, I really wanted to play Cyberpunk 2077, but I opted against it. I played Far Cry 5 and PUBG, two of my favourite testing games, and this laptop handled them admirably. PUBG, on the other hand, appears to consume far more resources than it should.

I noted in the design section how much I like the inverted-T arrow keys on this keyboard. There’s more to it, though. This keyboard is actually quite pleasant to use and type on. When typing on this keyboard, the keys are sufficiently spaced away to minimize accidental key presses across keys, and the response is excellent. It’s all good. 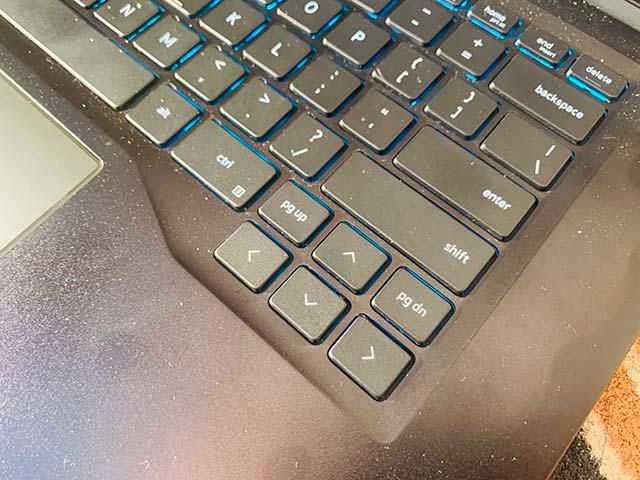 It would have been even better if the page up and down keys were not immediately next to the arrow keys. That defeats the idea of having a full-size arrow key layout because you’re just as likely to press the page up/down keys instead of the up arrow. 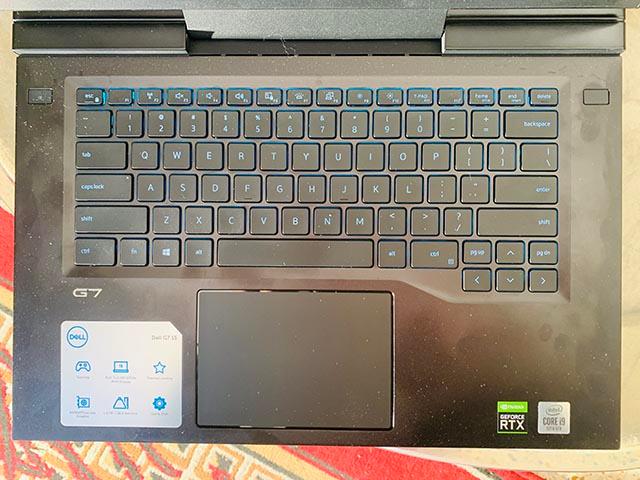 As I previously stated, the illumination of this keyboard may be customised. Below the keyboard is a 4-zone RGB. True, there is no per-key customization here, but the Alienware Command Centre does a great job with the 4 zone RGB, so if that’s what you want, you’re covered.
The trackpad is also rather great. It’s quite large, which means there’ll be plenty of room for Windows 10 gestures if you use them frequently. It’s also quite snappy, which is nice, and the G7’s trackpad has excellent palm rejection. I’ve yet to have any inadvertent touches while typing or using the keyboard in general, especially with that massive trackpad.

The Dell G7 15 7500 also comes with bottom-firing speakers, as do most gaming laptops. For gamers, this isn’t an issue because they’ll most likely be utilising their own speakers or headphones anyhow.

These speakers, on the other hand, aren’t a major issue. Of course, they are unsuitable for listening to music, particularly if you plan on listening to bass-heavy recordings. They do, however, get pretty loud and do not distort much, making them ideal for watching Netflix movies. Because of the pandemic, I’ve been doing a lot of that lately, and this laptop has been perfect for it.

The Dell G7 7500 comes with a variety of ports as well as some good wireless connectivity choices. You get two USB Type-A ports and a single USB Type-C port, which means you can quickly connect in your USB C peripherals.

There’s also an RJ-45 ethernet port, as well as a Mini DisplayPort 1.4 and an HDMI 2.0 port for external screens, for those LAN parties you must be missing out on these days. You also get an SD card reader and a headphone port to complete the package.

When it comes to the battery, it’s usually the weakest component in gaming laptops because users are more than likely to keep their power bricks plugged in all the time. The Dell G7 15’s battery, on the other hand, has decent battery life. On this laptop, I was getting roughly 5 to 6 hours of battery life in my usage, which was primarily mixed. Because a lot of it depends on what you’re doing, this number can clearly change, but it’s still a good one, especially for a gaming laptop’s battery life.

The Dell G7 15 7500 gaming laptop is a respectable performer. The company has updated its G-series gaming laptop to have a more attractive casing, improved hardware, and overall excellent performance. There aren’t many options at this pricing that offer similar features, and while I wish the G7 had a 30-series RTX GPU, it still has pretty much everything I need.

How to Install iTunes on Chromebook