The Best Fast Chargers for Phones and Tablets in 2021

You’re losing out if you’ve never used a fast charger. They may not sound thrilling, but being able to charge your phone or tablet two to three times faster makes a huge difference when you’re in a rush. That kind of speed is especially useful when you need to charge numerous gadgets in a short amount of time or share a single outlet with multiple individuals.

Because there are so many different charging standards and power requirements for different devices, picking the best fast charger for your needs might be difficult, but there are two things to keep in mind. First, check the charger’s maximum wattage and compare it to the highest wattage your device can withstand.

The conventional USB wall chargers that came with iPhones, for example, only put out five watts, whereas the latest iPhones can charge at up to 20W. Using a higher-rated charger will not harm your smartphone because it will only consume what it can. Second, double-check that your charger and your smartphone can agree on a charging protocol.

There used to be a large mess of standards, but things have gotten better in recent years. It’s likely that your phone or tablet supports USB C Power Delivery if it’s recent (PD). This is true with nearly all modern Android devices, as well as contemporary iPhones and iPads with Lightning ports. You can charge it quickly as long as you have the correct charger and a USB C to Lightning cord.

Qualcomm Quick Charge (QC) 3.0 or 4.0, the other widely used standard, is losing favour. As a result, modern phones and tablets that support QC will frequently also support USB C PD, allowing you to utilise a fast charger that supports both standards. In this article, we’re only talking about phones and tablets, not laptops.

However, several of the greatest fast chargers, including our top pick, are also capable of charging a laptop. They’re obviously bigger, but if you really want a multi-function charger, the trade-off can be worth it. If that’s the case, look up the specs on your present laptop charger to determine how much power you’ll need. A USB C PD charger with a power output of 45-65W is ideal for compact computers.

Anker is a well-known brand in the world of charging technology, and their fast chargers are among the best. The PowerPort Atom III, the company’s high-end variant, is compatible with the majority of new laptop, phone, and tablet devices. The company offers a variety of rapid chargers, but because of its twin ports, we chose the PowerPort Atom III as our best overall option. 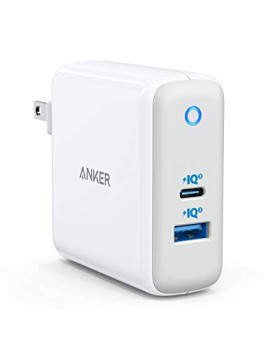 That’s really quick, but if you really want to get the most out of your iPhone or iPad, grab that USB C to Lightning cable we mentioned before and plug it into the USB C port instead. That connector is compatible with Power Delivery and can deliver up to 45 watts.

That’s enough to fully charge any contemporary phone or tablet, as well as many laptops. Both USB ports can be used at the same time without sacrificing power, allowing for a combined output of up to 60 watts. It’s a little bigger than other fast charger options in terms of size, but that’s the price you pay for the capacity to charge laptops.

Despite having twice as many ports, it’s still 15% smaller than a regular MacBook charger. The wall prongs also fold down so they don’t catch in your backpack while you’re on the go, which is ideal for minimalist travellers. This charger’s high power output makes it ideal for charging iPads, iPhones, and most other smartphones and tablets.

The ability to charge most laptops at full speed is the cherry on top, and it’s clear to see why we chose the PowerPort Atom III as our top fast charger overall. After bringing the similar-looking PowerPort Atom PD2 on a three-month vacation, we did a detailed assessment of it. We like the Atom III, which has two USB C charging connectors.

This is due to the fact that when both ports are used, the PD2 model’s maximum output lowers to 30W per port. That’s fine for charging two phones at once, but not for fast-charging a phone and a tablet or laptop at the same time, so the Atom III gives you additional options.

Look no further if you want to fast-charge an iPhone using the best tiny fast charger on the market: the Anker PowerPort III Nano is the way to go. It’s about the same size as most ordinary wall chargers, but it packs a punch. With a power output of 20 watts, it can charge any iPhone at full speed while just weighing an ounce.

You can charge an iPhone 12 for fifteen minutes at 0% battery power and obtain nearly three hours of video playback. A brief charge in an airport coffee shop might be enough to get you through an entire medium-haul flight. 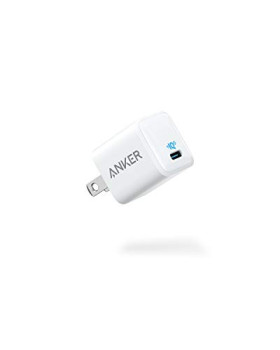 Many phones and tablets, including Apple’s iPhone and iPad, Samsung Galaxy, and Google Pixel, as well as accessories like AirPods and Apple Watch, are compatible with the charger. However, the PowerPort III Nano is only designed to charge phones and tablets; it will not charge your MacBook or other laptop.

It’s also worth noting that, despite its 20W output, this charger does not support USB C Power Delivery. This isn’t a problem for Apple devices, but it does mean that some Android phones and tablets may not charge as quickly as they should. It’s also worth mentioning that, while the Nano can charge iPad Pro models swiftly, it’s not nearly powerful enough to charge them at full speed.

This handy rapid charger isn’t much more than a couple Big Macs, but you’ll need to supply your own USB C cable to start charging, as with many wall chargers these days. A USB C to Lightning cable is also available in a package, which saves you money over buying them separately.

The Native Union Smart Charger is a quick charger with built-in plug adapters for use in international outlets. If you’re travelling to numerous countries and have limited room, bringing this with you means fewer chargers and travel adapters to deal with. It’s usually a nice thing when it happens.

It works with a variety of phones, tablets, and accessories, including Apple’s iPhone, iPad, and AirPods, as well as Samsung’s Galaxy and Google’s Pixel. The charger has two ports: one USB-A connector that can deliver 12 watts and one USB C PD port that can deliver up to 18 watts of power. However, you can’t fast-charge two devices at the same time because the maximum output is capped at 18W whether you use one or both ports. The charger is compatible with any North American-style plugs, and it comes with clip-on EU and UK adapters.

Most of Europe, as well as Egypt, Somalia, Singapore, Greenland, and other countries, utilise the EU adaptor (Type C/Type F/Type E).
In the United Kingdom, Ireland, Malta, Hong Kong, and portions of Africa, the UK (Type G) adaptor is required. Here’s where we’ve written (much) more on the many plug types used around the world.

In less than 30 minutes, the charger can restore a flat iPhone to 50% of its original capacity. That’s similar to several of the others we’ve recommended, but it makes the cut for travel because it includes those two plug adapters. It’s a little bigger than other options, but it still fits in a pocket. Of course, the adapters are separate, so don’t lose them!

A good automobile fast-charger makes a great difference, whether you’re trying to get as much energy into your phone as possible during a short journey to the store or need to swiftly charge the kids’ iPad back up on a long road trip. Anker’s PowerDrive Speed+ 2 is the best we’ve found so far.

The charger has a gentle blue light around the front edge to indicate that it is working, but it otherwise resembles many other car chargers. Don’t be fooled: this is one of the most powerful car chargers you’ll find, with a USB C PD connector that can deliver up to 30W. That should be enough to charge almost any phone or tablet quickly. 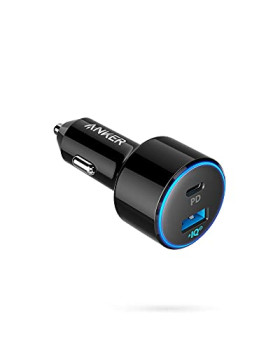 It’ll even charge some smaller laptops, like as the Macbook Air. The charger also has a USB-A port with QC 3.0 support and a maximum output of 19.5W. That will also allow you to fast-charge the vast majority of phones, as well as tablets such as the iPad, though not at full speed. When both ports are in use, there is no delay, allowing you to charge two devices at the same time.

It’s not the tiniest auto charger we’ve seen, but it’s not large either, measuring 2.6 by 1.4 inches. Unless you’re particularly tight on space around your vehicle’s auxiliary port, you shouldn’t have any trouble finding room for it. Overall, it’s a great choice for those wishing to charge their gadgets quickly while driving.

Let’s face it: when it comes to quick charging, wireless simply can’t compete with cable choices. A physical cable is still the way to go if you actually want the fastest charge. If you prefer wireless charging, the RAVPower Magnetic Wireless Charger can deliver up to 15 watts of power, depending on the device.

The “magnetic” component of the name refers to the Magsafe-compatible area of the pad, which assures proper alignment and a secure connection to the most recent iPhones. You won’t obtain the maximum 15W charging speed from your iPhone 12 because this isn’t an official Magsafe charger. You’ll need to purchase Apple’s (expensive) version, as well as a separate power charger. 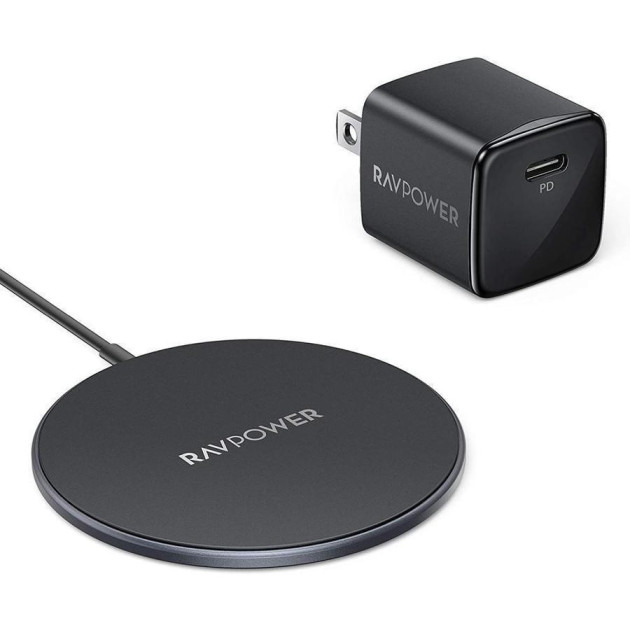 One of RAVPower’s 20W USB C PD wall chargers, which comes in the box, powers the wireless pad. This means you can fast-charge practically any device (including the latest iPhones) with a USB C or USB C to Lightning cable, making this a highly versatile charging choice.

The Best Handheld GPS Units of 2021