The Best Free Android Games of 2021

You’re probably familiar with the joys of mobile gaming if you’re old enough to remember what a Game Boy Advance is. The majority of us now carry a smartphone with a million times the processing power of early mobile gaming devices, and we’re only a tap away from app stores with hundreds of thousands of games available on demand.

Mobile games are a great way to pass the time whether you’re waiting for a bus or trying to beat a high score during a commercial break. But which game should you choose? We’re looking at the top free Android games today. There are two types of free games to consider: free games with ads and free games with in-app purchases.

In most ad-supported games, you can spend a few dollars to remove adverts forever. To increase revenue, in-app purchase games, sometimes known as “free mium” games, sell in-game upgrades, cosmetic goods, and other items.
Both types are listed below.

Alto’s Odyssey is a snowboarding (technically sand boarding) game in which players slide down large hills while exploring a beautiful desert landscape. The goal of this “endless runner” game is to get as far as possible without crashing or falling into a pit.
Alto’s Odyssey is one of those games that is easy to pick up and play, but challenging to master. Simply put, the game is breathtaking. 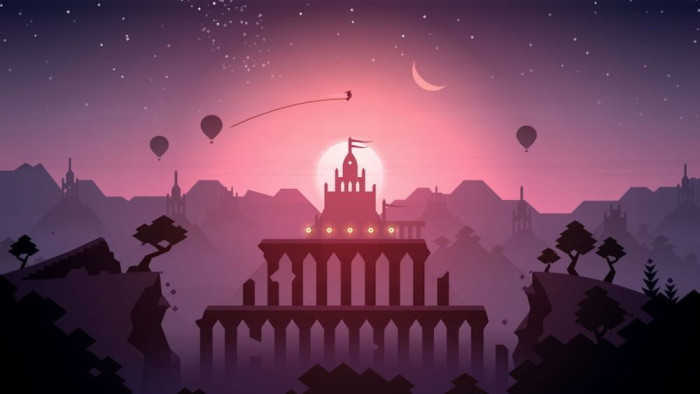 To provide a genuinely gorgeous gaming experience, stunning graphics are combined with a distinctive colour gradient. The game can be as soothing as you want it to be: focus on pushing your character to the maximum, chaining together tricks to score big combinations, or let the lovely surroundings and gentle ambient effects lull you into a state of pure relaxation. Try Zen Mode for the “purest” experience.

Scores, coins, and power-ups are removed from this simple mode, leaving you free to relax and enjoy the landscape. If you have a pair of good headphones, try this option to listen to Alto’s Odyssey’s original music and audio. In-app purchases are available in the game, but they’re mostly decorative and aren’t required to play. There are advertisements as well, although they are nicely spaced and do not disrupt the game’s rhythm.

One of the best free puzzle games for Android, and one of our personal favourites, is Infinity Loop. The simple, peaceful game is a terrific way to pass the time, plus it doesn’t require Wi-Fi, unlike most smartphone games these days. The purpose of Infinity Loop is to link all of the lines and close all of the loops by tapping on puzzle pieces to rotate them. However, each level becomes increasingly harder, and the game has an endless number of levels.

This game lacks dazzling graphics and noises, but it does provide a fun and frequently tough puzzle experience for players of all ability levels. After that, you’re on your own. There’s a rudimentary tutorial to get you started. Infinity Loop is ad-supported but free to play game. To support the developers, you can remove adverts for a donation (minimum $1.99). There are no additional upgrades or in-app purchases available.

For good reason, Clash of Clans is one of the most popular smartphone strategy games. Players may build defences, develop a clan, and fight in epic battles thanks to the strategic gameplay. Consider a mobile version of Age of Empires or Civilization. It’s a PVP-only game, which means you’ll be competing against other people (and an internet or cell connection is required to play). There are millions of players to connect with, as well as an interactive clan structure. 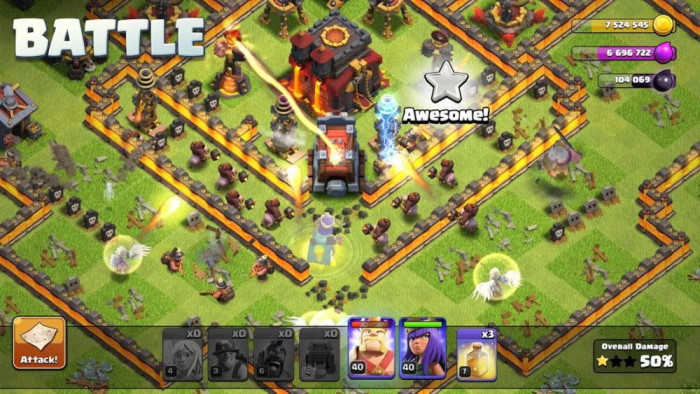 Active clans can be joined, or players can build their own and invite friends to join. You can also form alliances with other teams and fight enemies. This is one of the greatest free strategy games for Android for those who prefer a competitive PVP atmosphere. Due to the huge array of in-app purchases that can effect gameplay, Clash of Clans has been dubbed a “pay to win” game.

While these upgrades aren’t required to enjoy the game, they can give players an advantage, so if this isn’t your sort of game, consider downloading something else. On the other hand, the game’s developer, SuperCell, invests a significant amount of time and money into maintaining the game and adding new features and game types on a regular basis. Since its first Android release in 2013, Clash of Clans has continually evolving.

Eternium is a free-to-play RPG that is beautiful, entertaining, and incredibly addictive.
It’s easily the finest free RPG game on Android, as evidenced by the near-perfect review score on the Play store. It’s styled after the great classics of the RPG genre, such as Diablo or Final Fantasy. You can choose to be a Mage, Warrior, or Bounty Hunter in Eternium and fight skeletons, dragons, demons, and more while gaining experience and stuff. 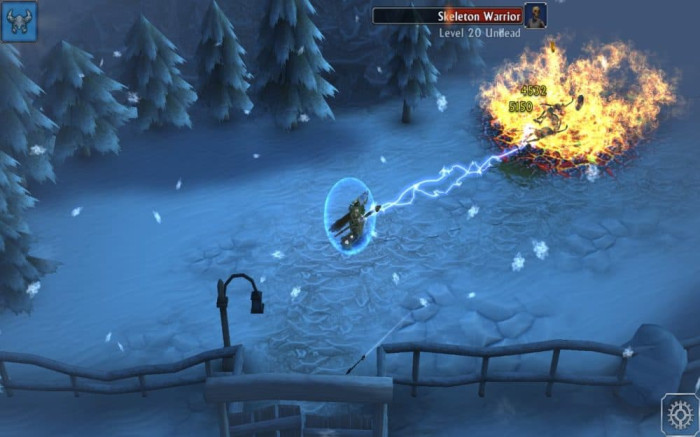 As you continue through the game, you’ll gain experience and unlock new skills and activities. Eternium employs a one-of-a-kind, highly intuitive control mechanism that works well on mobile devices. To travel in any direction, simply tap, then swipe to spell or attack.

This skillfully recreates the atmosphere of a console RPG while being streamlined for smartphone limits. Eternium is a free-to-play game, and its creators are proud of it. There are some in-app purchases, but they don’t have a big impact on the game. The developers of Eternium are adamantly opposed to the pay-to-win approach used by many mobile games, and it shows.

Who doesn’t enjoy a game of pinball? There isn’t much to say about this iconic genre except from the fact that Pinball Deluxe: Reloaded is currently the best Android pinball game available. Ten separate pinball “machines” are included in the game, each with its own gameplay, power-ups, and score systems. 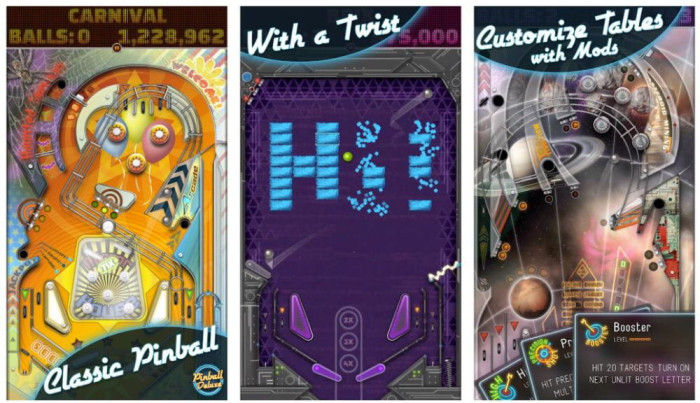 And, exactly like in traditional pinball, no one knows how your score is computed! The excellent graphics, realistic physics, and both single- and multiplayer game modes set Pinball Deluxe: Reloaded apart from the thousands of other pinball games on Android. Mini-games, inverted gravity, and collectible mods are just some of the interesting features.

I Love Hue Too is a “psychedelic voyage into colour, light, and shape” indie puzzle game. The goal of the game is for players to rearrange coloured mosaic tiles to form perfectly arranged colour spectrums. This is a simple, calming Android game that nicely mixes soothing colour schemes with just the right amount of brain-teasing difficulty. The game puts your colour perception and reasoning to the test, but it’s not too difficult for novices (unless they’re color-blind!) 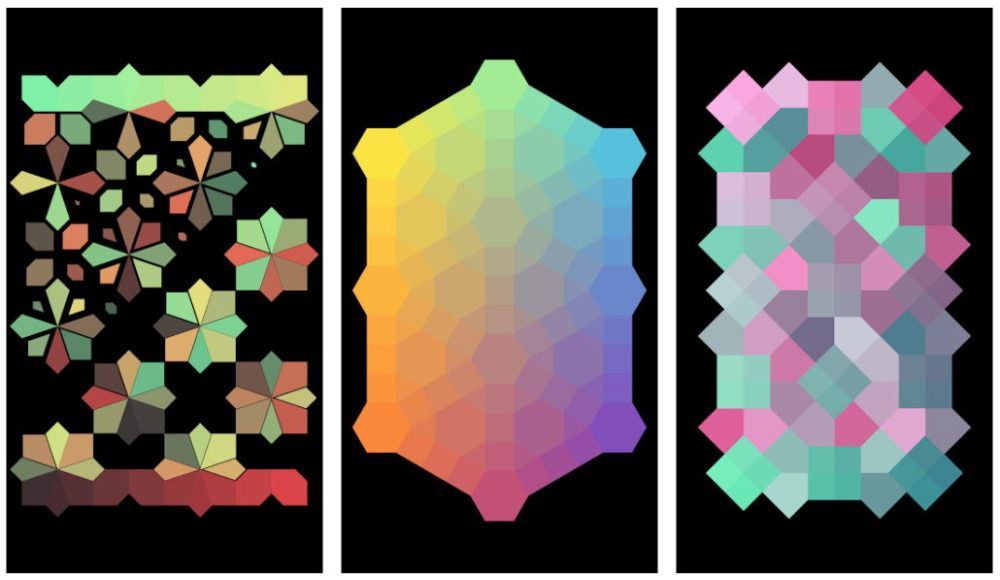 The difficulty level increases as you advance, and there are over 900 levels to discover.
There are also a variety of play styles to keep things interesting. I Love Hue Too is ad-supported and free. You may remove the advertising and help the developer by paying $4.99.

Every gamer is familiar with the Call of Duty franchise, which has spawned dozens of variants. Call of Duty: Mobile is the game’s best step into mobile gaming, and it certainly does showcase many of the COD franchise’s best features: crisp graphics, fast-paced action, and a thriving community of players. This is the best free shooting game for Android for fans of the series. 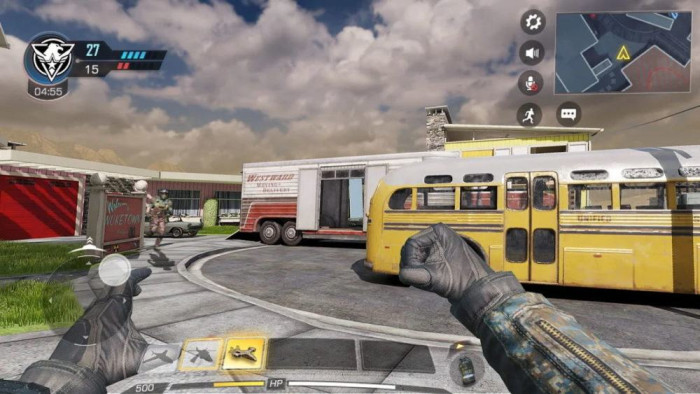 With a ranked matching system and various exciting game types, Call of Duty: Mobile is a fairly competitive game. You may join a 100-player battle royale, practise your skills in a 5v5 deathmatch, or check out a variety of other fast-paced game styles. You’ll also recognise maps from popular Call of Duty games like Modern Warfare 2 and Black Ops II.

COD: Mobile is a free-to-play game with optional in-app purchases. These are mostly cosmetic enhancements, such as new gun skins (which have no effect on the gun’s performance). The game has a “loot box” concept, in which players pay for a chance to obtain the object they desire. If you let it, COD may be a money-sink, but for gamers who aren’t bothered with graphic upgrades, the game provides a fun experience at no expense.

Yeah Bunny 2 is a retro-styled arcade-style platformer. With one-finger controls, the game mechanics are relatively simple. To help your long-eared character travel the maps and complete crazy chores along the way, simply press anywhere on the screen to leap. Yeah Bunny 2, like many platformer games, appears to be straightforward at first – until you’ve been stuck on the same level for half an hour! 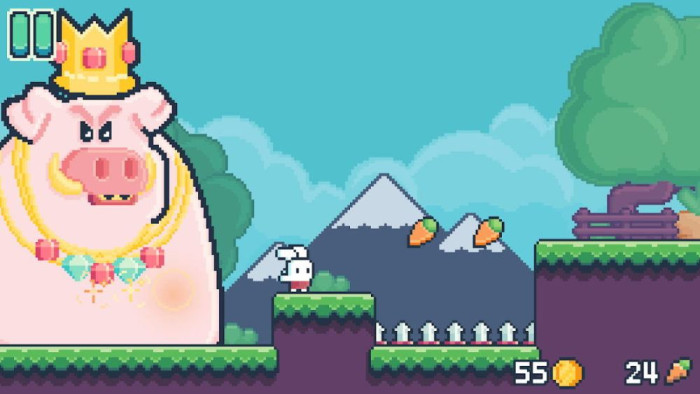 Timing is everything when you just have one fundamental control. With a total of 50 levels, each one becoming increasingly difficult, there’s lots to discover. Yeah Bunny 2 is excellent if you’re searching for a simple, charming game with 8-bit visuals and a definitely retro feel. It’s ad-supported, but you can get rid of them for $1.99 in-app.

Asphalt 9: Legends is a fast-paced, entertaining, and visually appealing racing game that seeks to provide “a console experience in the palm of your hand.” Even if it falls short of that ambitious ambition, it’s still a graphically stunning mobile game. This is the best free racing game for Android if you want the best graphics available. Racers can gather over 60 automobiles in Asphalt 9, ranging from vintage to current supercars. Cars can be personalised, however this frequently necessitates in-app purchases. 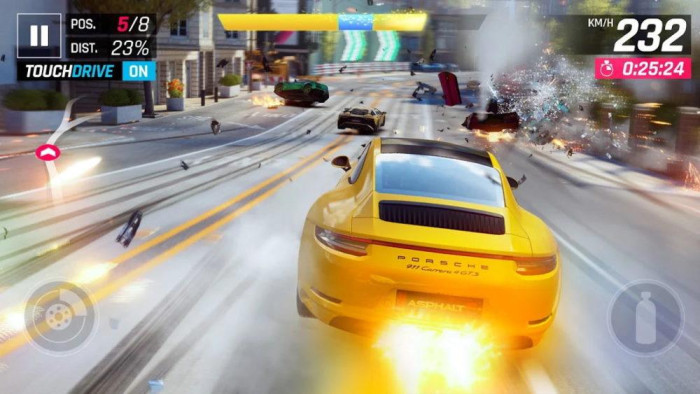 You can play single player (against the AI) or multiplayer (against other players) and collect rewards. This game is free to play, with in-app purchases for new cars and in-game currency available. Because you may obviously gain an advantage by upgrading, the game is partly “pay to win.” However, even without any real-money enhancements, the game is still a lot of fun, and the in-app purchase model doesn’t have as much of an impact on single-player mode.