This post will talk about the best and most sought-after alternatives to Boot Camp. Apple is a one-of-a-kind company that develops new technology in unusual ways. Even if it makes their loyal customers mad, they do it anyway. Remember when Apple took the iPhone 7’s standard headphone jack away? But a lot of programs don’t work with the Apple operating system. You’ll still need Windows to run them on your PC. (Poor Mac gamers!) Microsoft Access, a number of video and graphics tools, and a lot of visually impressive games still only work on Windows. You can run Windows programs on your Mac, which is good news.

Boot Camp is a tool from Apple that helps you install Windows on your Macintosh computers. The main problem with Boot Camp is that when you use it, you can’t get to the Mac side. For example, if you run Windows on Boot Camp, you can’t use Apple Mail to look at photos or emails. Before you can use macOS, you have to turn off Windows. Because of this, switching between the two operating systems could take some time. There are a few good alternatives to Boot Camp that let you install and use Windows on macOS without having to switch between operating systems.

We’ve made a list of the best free alternatives to Boot Camp. The tools are powerful, and most of them use virtualization to make environments that look like Windows. Onward!

Parallel Desktop 13 is the shining star of virtualization software because it is always getting better. Parallel Desktop 13 helps you make an environment for virtual machines, like VMWare and VirtualBox. It gives you the choice of running Windows on the whole screen or just in a window. You can also hide the Windows desktop to make it look like Windows apps work like Mac apps. You can also make the Windows screen fit into a corner. So, you can keep an eye on Windows while you work on the Mac. 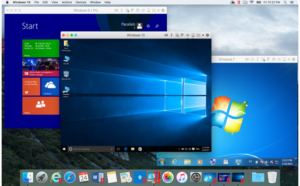 For now, you can buy both versions of Parallel Desktop 13 for $49 each (limited time offer). Most of the time, the pro editions cost $99.99 per year. Click here to download Parallel Desktop 13.
Here are the five best alternatives to Boot Camp that you can use without worry. We’ve tried and evaluated all of these products, and they’re all great in some way. I hope you like the list and will tell me about your own experiences in the section below. Also, let us know if there is a product we forgot to mention. 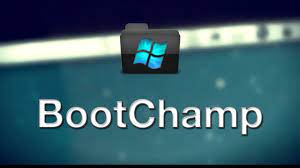 BootChamp is a utility program that lets people quickly load Windows onto a computer running macOS. What makes it unique? Unlike the Startup Disk function in System Preferences, it does not change the disc that is used to start the computer. BootChamp only needs a click and an administrator password to restart the PC to Windows. Also, the software never asks for the password again. You can get BootChamp by clicking here.

VMWare Fusion is one of the best alternatives to Boot Camp and might be the best virtual machine on the market. It has been in competition with Parallel Desktop for a long time, and both programs have tried to make the other one better. 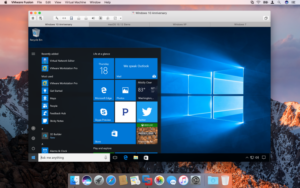 The improvements in VMWare Fusion 10 include a better user interface, controls that are easy to use, and more. It also works with the Touch Bar on the MacBook Pro and other new Mac features. There are two versions of the software: Fusion, which costs $79.99, and Fusion, which costs $159.99. (Fusion Pro).

Wine is a free, open-source program that lets you run Windows apps on your Mac. We call it unique because it doesn’t use virtualization to help Windows programs run better. Instead, Wine lets Windows apps connect directly to Mac OS by translating their APIs into a format that Mac OS can understand. 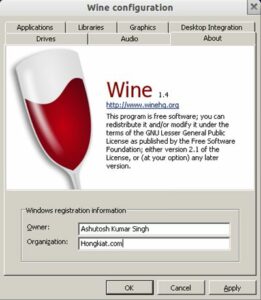 So, you don’t need a full Windows operating system to use your favorite Mac apps. Also, the program saves both computer memory and processing power. Wine is better than virtual machines in terms of performance. Beginners may find the software hard to understand, but many hobbyists find it very helpful. The product is free of charge. Follow this link to get the tool.

VirtualBox is a great alternative to Boot Camp that can be used for both personal and business needs. It is free, works well, and has a lot of features. 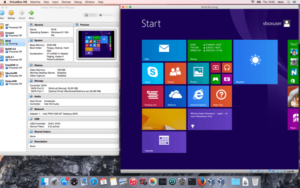 VirtualBox works with Mac-OS X, Solaris, Linux, and Windows. The software works with all versions of Windows, all versions of Linux, OpenSolaris, Solaris, OpenBSD, and OS/2. The free home edition does not come with technical support. On the other hand, the free software is backed by the VirtualBox official forum. You can buy the enterprise edition for $50 per user if you want to use the more advanced features. If you want to use the Enterprise edition, you may need to buy at least 100 licenses.

Also: What Is a Registry Key?

Crunchyroll: What It Is and How to Watch Anime on It